Try our Halloween reading quiz.  Using the vocabulary below, try and complete the gaps. 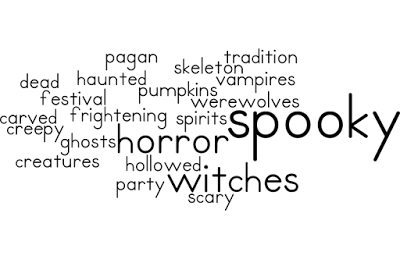 This year, we will
be selling tickets to the infamous international party on Guildhall Walk!! The
party will be on the 29th October at Popworld. If you need a ticket,
go and see Belle in room 305. There will be HUGE cash prizes for the scariest
costumes, as well as the most innovative costume. It’s time to get creative! On
Friday 30th, we will be hosting a halloween film club, with a choice
of terrifying horror films to choose from, as well as free drinks and warm
popcorn! There is also loads of halloween parties happening across the city on
October 31st, so if you’d like to find out more about what’s going
on, pop into Belle’s office for a chat!