Effective communication between the armed forces of different countries worldwide is essential. English is the lingua franca of communication all across the world. What better place to study Military English than at the joint best school in the UK?

What is Military English?

Military English is the study and practice of the English language in the context of the military. It explores the use of spoken and written English by the armed forces (Army, Navy, and Air Force) in a variety of different situations. Military and Security personnel usually take this course.

What is a Military English Course?

The LSI/IH Portsmouth Military English Course is designed to prepare multinational English speaking members of the Armed Forces for communication in English. The language skills taught on this course range from everyday military situations such as receiving, giving, or clarifying orders to communicating with local authorities and residents.

LSI/IH Portsmouth is the joint number 1 ranked English language school in the UK and offers expert online courses for anyone interested in studying Military English. Visit our course page or contact us to find out more about our online course and how you can study with one of our English teaching professionals.

What are the course objectives for the
English for the Military Course?

To provide the student/trainee with the necessary language AND study skills to ensure success in their current or future role whether it be in logistics/engineering or negotiations etc:

Students of our Military English Course will learn and practice in an environment that focuses on speaking practice, this could be through giving and receiving orders / role-plays / in class discussion / presentations etc. The form of the speaking practice will match the theme of the lesson.

Writing and reading abilities are as important as speaking skills because the audience to which the armed forces address is much larger than through face-to-face or telephone communication. On our Military English Course, reading and writing are practiced in the context of Military communication, this could be military reports/orders/e-mails, etc.

Our course provides students with regular Military vocabulary input, so that students have the specific language needed to communicate in a variety of different situations. This could be describing roles, sending, checking and clarifying messages, command structure etc.

Some of our students may be visiting Britain for the first time, studying on a long course, and/or planning to be involved in a military communications effort with the British. Therefore, it is necessary that they become accustomed to life in Britain. Our course includes regular outings which allow students the chance to gain a deeper insight into life in Britain by visiting local places of interest and interacting with locals.

If students on our course are interested in learning exam preparation skills, this is a feature we offer. LSI/IH Portsmouth offers lessons with our experienced exam teachers who can help students prepare for a variety of different tests.

What are the differences in the Courses of
English for the Army, Navy, Air Force?

There are many differences in our courses, depending on the rank, branch of the military and specific purpose of the students coming to study with us. However, the biggest difference is probably in vocabulary and terminology.

It is important to note that once we have received your requirements, our Military English course can be tailored accordingly. For example, the course we organise for a Naval Lieutenant Commander studying on a 1 week course, could be very different to an Air Force Staff Sergeant studying on an 8 week course. 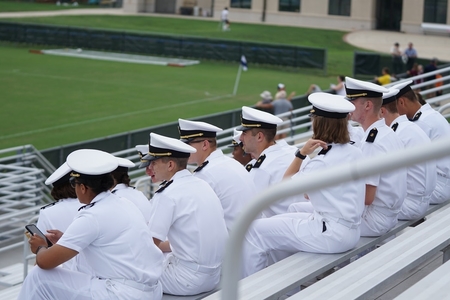 It is crucial that the military trainee feels that his period of language training at LSI/IH Portsmouth is not only a logical extension of his training in his country but also an essential preparation for his future course at military college in the UK.

To achieve this, we design the course in close co-operation with the student’s training department in the country of origin AND with the instructors at the military college in which the student will ultimately be studying.

At the beginning of the course, we take the student to meet his future instructors at the college in question to familiarise him with the college and to give him a clear and realistic impression of how demanding his future course is likely to be. This helps to maximise both the motivation and work level of the student.

At the end of the course, we prepare a detailed progress report which includes an assessment of the student’s language skills relating to his future course (strengths & weaknesses), any difficulties anticipated and our recommendations for future study. We then go through this report with his future instructors and the original is sent to the training department in the country of origin.

Our experience of teaching English for the Armed Forces:

LSI/IH Portsmouth was nominated the joint number 1 school in the UK! It runs courses that have been successfully designed and delivered to military staff and a proven track record of achieving key academic targets.

We have an extensive library and resources at LSI/IH Portsmouth that can be drawn upon by both on-site and off-site course teachers. 23 of our on-site classrooms are equipped with interactive whiteboards, there are 3 on our off-site classrooms. Furthermore, we provide innovative solutions to extended learning outside the classroom using both online and offline resources.

LSI/IH Portsmouth runs courses that have been successfully designed and delivered to military staff and a proven track record of achieving key academic targets. We offer flexibility and understanding in response to delays or last minute changes

As ELT teaching specialists with a highly experienced and stable academic team, over the past 30 years, LSI/IH Portsmouth has provided English language training courses for over 600 organisations and government bodies from over 30 countries and these have included: 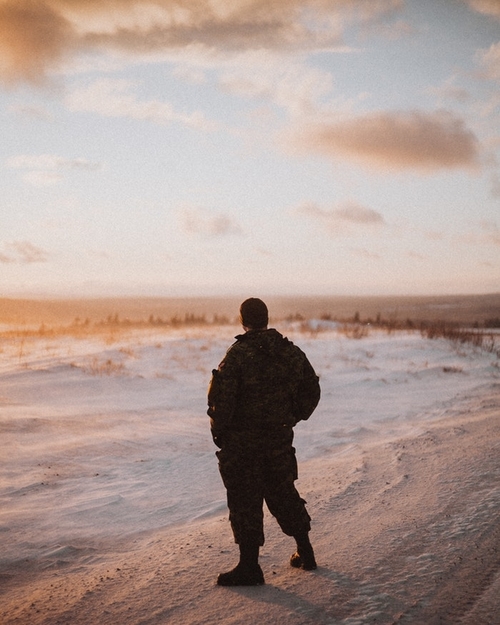 Would you like to learn more about what we can offer?

To plan your course with us, get in touch. Tell us which branch of the military you are from and what you would like to study on your course.

✅ Portsmouth is a Naval City and has strong military ties to the rest of the UK.

✅ Our courses are more intensive (22.5 hours per week) than most UK schools.

While studying Military English in Portsmouth, we can help to find the most comfortable accommodation for you! Perhaps you want to live with a local homestay family, in one of our self-catering residences, or choose to find your own accommodation. Find out how we can help!