Charity Cake Sale – What a Success

On Monday 29th October, LSI/IH Portsmouth was filled with beautiful bakes in order to raise some money for charity.

Both staff and students baked over 20 different cakes in order to raise money for the Butterfly Suite Appeal at Queen Alexandra Hospital in Portsmouth – a campaign which is trying to raise money to create a peaceful, comfortable and private space in the hospital where grieving families can go when a loved one dies. (Here is the link to the campaign if you would like to contribute)

The range of bakes was fantastic from cup cakes to cookies to pies and many were really imaginatively decorated with Halloween themes. Prizes were awarded for Best Taste, Best decorated and Best vegan or Gluten-free bake and the winners were: Joanna Glos (Best vegan bake), Angela Iesse (Best decorated) and Lewis Richards (Best Taste). 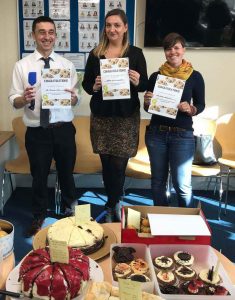 Overall a fantastic £232.56 was collected from selling the cakes, which is a record for us! 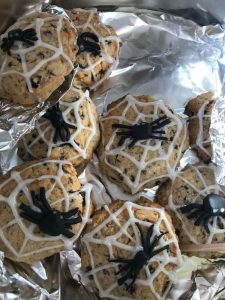 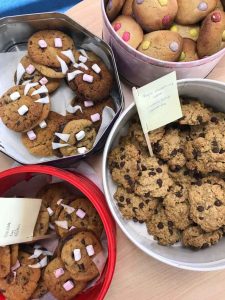 Link to  the Butterfly Suite Appeal