Reaching for the Stars

Home » Blog » Reaching for the Stars 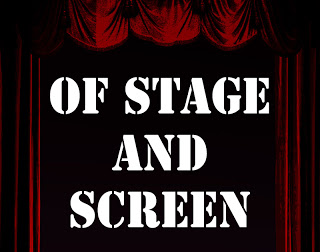 As we say many times in this school, we are very lucky to have such a diverse bunch of people working here, so many talents!  Today we are focussing on Nick Rickard, 27 who is not only a teacher but an actor too!
‘So Nick, how did you get interested in acting?’
‘When I was about 11, at school we started doing a play a year, then sometime later we started doing one every Summer.  I suppose that was what got me into acting academically. It was probably when I got to University, that I got really interested. I spent most of my time helping my friends out with their show pieces, and of course I joined the University dramatics society.
I suppose it was around the time I left University that it started getting interesting and a lot of things began happening.  I left University in 2007, there were a lot of things going on, one of them was my friends set up a theatre company, (although sadly it later went bust), and I did a documentary on TV!’
‘Wow, tell us about that’
‘In 1982, England and Argentina were at war and the Portsmouth based naval ship HMS Coventry joined in the conflict – ultimately being sunk.  The BBC wanted to make a docudrama about the incident.   I was friends with the director of music so got to hear when they wanted Portsmouth based people to be extras in Sea of Fire, and at the casting I ended up getting a big part.
The actual people from the time of the conflict were telling the story on film and then there were us actors who dramatized it.  All in all it took about 3 or 4 days filming.  It was brilliant, I enjoyed it so much, and that was what really got me into acting.  I applied to drama school, but it didn’t really take long to realise I needed a lot of money and time and to know all the right people, it just isn’t as easy as walking straight into full time acting.
So slight change in direction and I started teaching!  The great thing about acting and teaching is that they compliment each other, I have more confidence in class to teach plus I have weekends and evenings free, which means I can do three shows a year.
I act with three different production companies; one group is at the Kings theatre ‘Alchemy Theatre’.  Then there is ‘One Off Productions’ who produce shows which are on school syllabuses, and then there is ‘S.S.A.’  (Southsea Shakespeare Actors.)’
‘What was your last project?’ 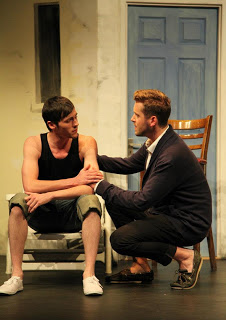 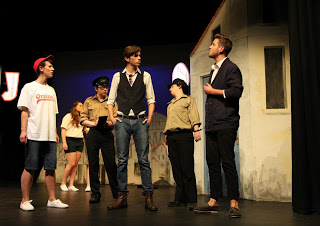 ‘The last play I performed in was Twelfth Night, which I performed with the S.S.A. at the Station Theatre on Hayling Island.  In case you don’t know, Twelfth Night is comic tale of mistaken identity and gender confusion. Very very often my parts usually get upgraded – so I start off with a very small part and someone drops out. For the last 4 shows I have been upgraded (which is brilliant).   In Twelfth Night I play the character of Antonio. Unfortunately Shakespeare tends to forget the character of Antonio and at the end everything else is all tied up and ended properly but not with Antonio, no one know what becomes of him, and you never really find out.’
‘So what’s next Nick?’
‘My next project is Hamlet, and I’m playing Claudius. Hamlet is a tragedy but a self led tragedy as he leads his own tragedy. We are performing this at the end of June, hopefully in the New Theatre Royal, which is a really lovely theatre in Portsmouth.’
Thanks Nick – look forward to seeing you on stage in June!
Sea of Fire (with subtitles on You tube)
(See Nick at: 15.40 / 22.01 / 51.39 / 54.24!)
http://www.youtube.com/watch?v=dOFD4D8LVdM
info on the conflict:
http://en.wikipedia.org/wiki/Falklands_War
info on HMS Coventry’s part in the conflict:
http://en.wikipedia.org/wiki/HMS_Coventry_(D118)