The Guardian Recommends The D-Day Story in Portsmouth in 2019 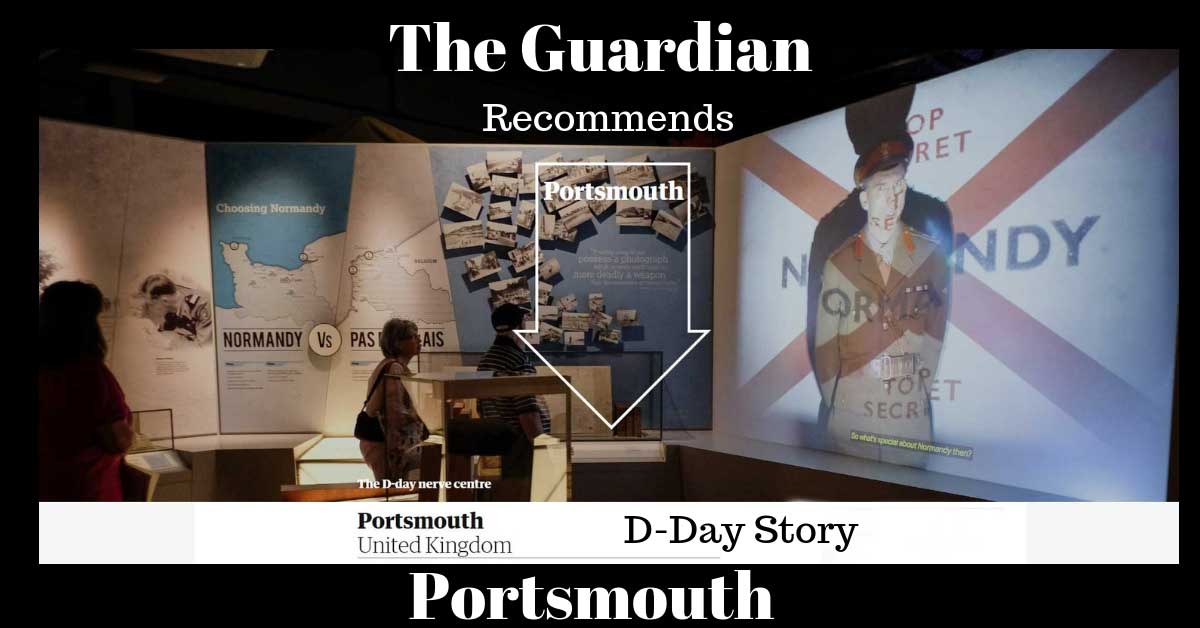 The Guardian has recently launched their ‘2019 Best Places To Go’ and Portsmouth is on there.

For hundreds of years, Portsmouth has been associated with Britain’s armed forces, especially the Royal Navy. Scattered throughout the city you will find examples of its military past, whether it be the Historic Dockyards, Southsea Castle, the Submarine Museum and many other places.

However, in 2019 the focus will on the 75th anniversary of the Normandy landings in 1944, when Allied forces landed in France, leading to the eventual liberation of that country and others in Western Europe. What happened during this period is magnificently told at the D-Day Story museum located in Southsea, Portsmouth.

The museum is divided into three parts. The first part starts with the evacuation from Dunkirk in 1940 leading up to the landings on 6th June 1944. The second part looks at D-Day itself and the subsequent Battle of Normandy. In the third part, you will find the wonderful Overlord Embroidery which depicts what happened.

Throughout the museum, you will find lots of interesting artefacts and personal possessions, personal accounts (many having been recorded) from people on both the Allied and German sides, as well as one of the original landing crafts. There is also a great audio-visual display showing what happened on the beaches which brings the military personnel’s experience alive.

Outside the D-Day Story, you’ll find the Normandy Memorial Wall where people (in return for a donation) are able to have a brick installed inscribed with the name of a family member or friend who took part in the landings and following battle. There’s also a nice café and shop with lots of memorabilia to buy.

(Small tip – At the moment there is the opportunity of speaking to a veteran who is at the museum each week – he will be 100 years old in November.)