Writing in the style of a magazine article part two – from our students.

Home » Blog » Writing in the style of a magazine article part two – from our students.

by Fatemah and Peter 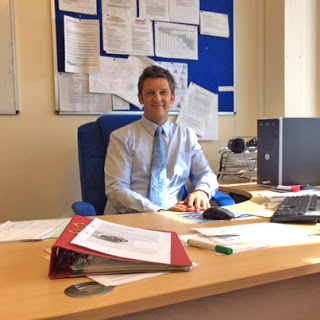 Our mission for today was an interview with ‘Ross the boss’ who is a teacher and a manager at LSI/IH Portsmouth. Deciding to do this interview in a classroom, we leave his office to find a suitable room. Ross looks relaxed, answering clearly every question. Fidgeting with his hand he tells us about his childhood. “I grew up happily in Hong Kong, I learnt how to be independent with a life full of sports and fun”. “Because of my father’s job I was always able to live at the university sports centre during the holidays”. Having a vivid memory of playing table tennis, badminton, eating noodles in a canteen, and going swimming with his friends, he talks about his life enthusiastically, realizing how lucky he was. Some of his friends at that time were English, Australian, European but occasionally Chinese. 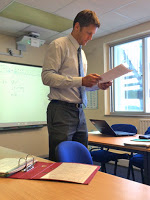 Ross went to boarding school in Ireland. “It was a kind of prison but in fact I quite enjoyed that “. So it seems that school shaped the person the Ross is now. Losing his independence Ross followed the rules at school. “It was very cold in the mountains of Dublin, you always had to wear a uniform. We were always cold and hungry”. He told us that his father wanted him to find a job for life, pushing Ross to study engineering. “After two months starting my engineering course I realized that I had made a terrible mistake”. For the third year of his studies he went to France as a part of his degree. Finishing his university he knew that engineering was not for him. So he got a job which gave him the chance to travel to other countries like Japan.

Ross started to speak about his family smiling broadly showing us how much he loves them. “I have a different job which is raising my two children, keeping my wife happy”. They do everything as a family and there is no time to be selfish. Asked about having independence in Hong Kong and then losing it to school and later to family life, he replies that “it was a real struggle”. His independence is reflecting onto his children. “I’m probably breaking all the rules about being a parent, I’m always allowing my son to use saws, drills, and hammers”. Starting to teach his little daughter to have her own independence, she always tries to copy her brother. He goes on to say that although he no longer does loads of sport, his family had become his hobby.

Ross prefers the beginning of summer and doesn’t like the really short cold winter days.