What Is IELTS – An Overview

Home » Blog » What Is IELTS – An Overview

With our upcoming IELTS Masterclass Preparation Workshop, we thought we would reblog a few of our best IELTS blogs from the past. 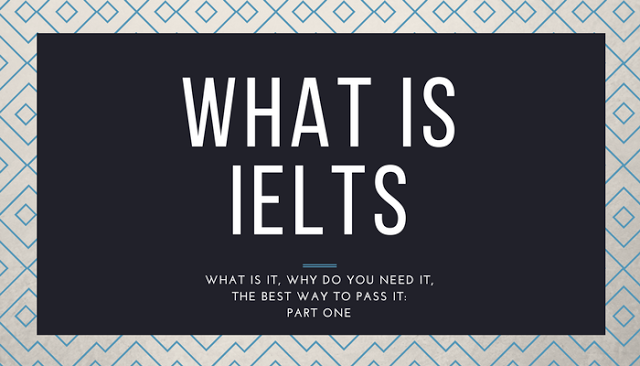 IELTS stands for International English Language Testing System. It is a standardised test developed to assess the English language level of non-native speakers.

Standardised means that when someone is sitting down to do an IELTS test in Beijing, on the same day in Riyadh, a different student will be doing exactly the same test. Furthermore, if those two students performed in exactly the same way, they would receive exactly the same grade. IELTS examiners go through stringent preparatory courses and are monitored to ensure that they maintain the IELTS standard, worldwide.

The IELTS tests 4 skills – Listening, Reading, Writing, and Speaking. For each of these parts an IELTS candidate will receive a ‘band score’. The band score ranges from 9 (maximum mark, representative of an expert user) to a 1 (minimum mark, non-user who can only use a few words) to a 0 (did not turn up to the exam).

In 2014, 2.5 million IELTS tests were taken in more than 140 countries. The highest scoring countries were:

These were the only four countries which scored average band scores of 7+. Of all those who took the IELTS in 2014, worldwide females scored on average higher than males, 6.0 versus 5.8.

There are two IELTS tests; an Academic test and a General test. Typically Academic IELTS is taken by those who need to prove their level of English is suitable to go to a University, the average mark required varies from University to University but is typically 6.5 or 7.

The General IELTS test is typically taken by those who need to prove their level of English for immigration purposes. Australia, for example, usually requires those wishing to enter the country to score a 7 for each of the four parts of the IELTS test.

Academic is usually more popular than General, with ¾ of all IELTS test takers choosing Academic IELTS.

It is important to note that the IELTS certificate is not a lifetime one, it lasts for 2 years and then ‘expires’. It is therefore important to time your IELTS test with any visa / university applications.

IELTS is the most popular language test for higher education and immigration, there are over 1,000 IELTS test centres in more than 140 countries worldwide. IELTS is accepted by over 9,000 organisations globally, with America being the fastest growing market for the test.

Don’t forget, we have a fabulous IELTS Masterclass workshop in October and November on a Saturday.  Have a look at this blog for further details.